Dave has been coaching Olympic Weightlifting, Power-lifting and Strength Conditioning for over 40 years, whist managing his own gymnasium and running the successful Wood Green Weightlifting Club.

A past British Masters Champion, he has been professionally devoted to the sport of Weightlifting and has passed on his vast experience to young beginners and elite athletes alike, as well as coaching the British Paralympic squad for 20 years. Dave was recently honoured by the Torch Trophy Trust with a ‘Lifetime Achievement Award’ for his services to the sport of Weightlifting

and he is providing an advisory role for the club development, coaching mentor and assistance with officiating. 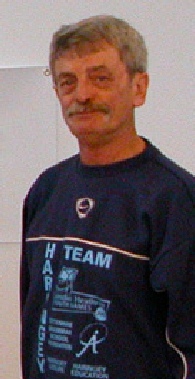 Dave says “ the opportunities to succeed at this immensely exciting sport are have never been better, just come along and give it a try’.